Fluid dynamics of the Sun and Stars

Solar and stellar fluid dynamics emcompasses a broad class of problems that require the study of stably or unstably stratified fluids affected by rotation, which drive global-scale motions, support waves of different types, and interact with magnetic fields. Models and simulations of rotating magneto-convection and dynamos in stellar envelopes for example are crucial for developing a physical understanding of the motions and the magnetic field observed at the surface. Inertial and gravity waves are important ingredients as they transport angular momentum. Thanks to observations from space, acoustic waves seen at the surface of the Sun and stars are used to probe convection zones using techniques of helioseismology and asteroseismology. In particular, helioseismology has measured the latitude and depth dependence of solar differential rotation, probed the deep meridional circulation, placed constraints on convective velocity amplitudes, and revealed global-scale Rossby waves. Comparative analyses of seismic data, surface observations, and numerical simulations is an exciting avenue to resolving open questions.

The 2021 Kavli Program (carried over from 2020) will be focused on connecting observations, models, and simulations of fluid dynamics in the Sun and stars. The program will be held virtually, and directed by Aaron Birch at the Max Planck Institute for Solar System Research (MPS) in Göttingen, Germany.  During the first week, the Program will cover topics in solar and stellar convection, the physics of waves, and helioseismology in a series of lectures by Matthew Browning (Exeter), Michel Rieutord (Toulouse), and Aaron Birch (MPS). Subsequent weeks will allow graduate students, postdocs, and faculty to collaborate on short research projects to address some of the key outstanding puzzles in the field.

To apply to the program as a student or senior participant (postdoc or faculty) please use our online application forms.

To attend the first week conference (virtually), please sign up using this form. 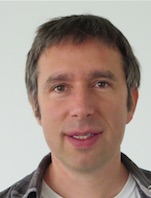 Aaron Birch is a senior scientist at the Max Planck Institute for Solar System Research. He works on theory and data analysis for local helioseismology. His research interests include waves in the solar interior, convection, and the emergence and evolution of solar active regions. 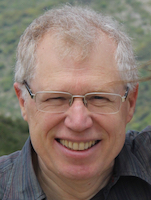 Michel Rieutord is a professor of Physics and Astrophysics at Paul Sabatier Toulouse III University. He is a specialist of Astrophysical Fluid Dynamics with a special interest in Rotating Fluids. In the recent years he developed with his team the most advanced two-dimensional models of (fast) rotating stars and is leading the associated ESTER project. 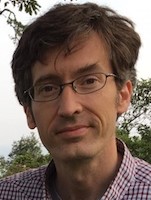 Matthew Browning is an Associate Professor of Astrophysics at the University of Exeter, UK. His primary research interests involve stellar convection, magnetism, and the simulation of astrophysical fluids.